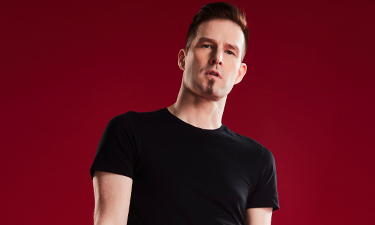 To date, Darude remains one of dance music’s most influential stars. At the age of 24 and at the height of the trance boom of the early ’00s Finnish DJ / artist/producer Ville Virtanen created the milestone single ‘Sandstorm’ under his pseudonym Darude. The track went on to become one of the biggest selling dance singles in the history of electronic dance music with global sales of over 10 million units and to date featured on hundreds of compilations worldwide.

What started out as a national release in Darude’s native home of Finland went on to become a worldwide phenomenon taking ‘Sandstorm’ to #1 on the Finnish Dance Chart; a spot that it would dominate for 17 weeks. Released in June 2000 by Neo Records the track would see Darude became the first Finnish artist to reach the Top 3 positions on the UK singles chart. Following this, ’Sandstorm’ went on to go Platinum and became the ‘World’s best selling 12” vinyl’ of 2000. The track attained cult-like status and gained strong support from industry heavyweights such as Radio 1’s Pete Tong, Tiësto and Paul van Dyk, as well receiving phenomenal radio support from national stations in over 70 countries. Still swelling in sales today ‘Sandstorm’ achieved Gold status in digital sales in the US in 2010 and Platinum in the UK in 2015, and re-entered the UK Top 40 Dance Chart in 2011, whilst finding new supporters in the likes of Calvin Harris, Hardwell, Zane Lowe, Diplo, and Laidback Luke.

The success of his first three singles (‘Sandstorm’, ‘Out of Control’ and ‘Feel the Beat’) led to the release of Darude’s debut artist album, ‘Before the Storm’. The album would go on to go double Platinum in Finland, and Gold in Canada. Worldwide sales to date are over 1 million units. The album was supported by a grueling 9-month worldwide tour taking in Europe, Australasia, and Asia. In the spring of 2002, he followed up this world tour by embarking on a 7-week live show tour across North America – a daring project but one that paid off, solidifying his name throughout the North America club scene.

In 2003 Darude released his 2nd artist album ‘Rush’. The first two singles from the album titled ‘Music’ and ‘Next to You’ went on to conquer the #1 position on various charts across Europe. In 2006, after several years on the road, Darude went back into the studio to work on his 3rd artist album, aptly titled, ‘Label This!’. Released in the fall of 2007 in Scandinavia, fall 2008 in the USA and then globally in spring 2009, the album was a melting pot of the modern sound of Darude.

His resume of accolades is a testament to the exponential growth of his profile as an international artist. Over the years, he’s appeared on TV networks such as BBC, NBC, CNN and MTV, as well as having won a number of prestigious awards that include 2 x German Dance Awards, Dance Star Award, USA Golden Turntable DJ Award and is a 3 x Finnish Grammy Award winner. His name has also appeared in numerous public-voted polls with previous entries in the Top 100 DJs Poll and Americas Favourite DJ.

With appearances globally across radio and TV, the sound of Darude has also been featured in various Hollywood movies, adverts for Nike, PlayStation games and popular sports broadcasts like the America’s NFL, Ice Hockey World Championships, Wimbledon, UFC (used by former champion Wanderlei Silva), Euro 2000 and the 2006 Winter Olympics and video game series DJ Hero. Integrating himself even further into the modernized world of gaming and apps, Darude joined names including Latino sensation Shakira and iconic rock band Green Day in having his very own, in-play character come to life on the game complete with Darude’s signature look, the first electronic music artist to do so.

Hailed by the likes of DJ Magazine as “Finland’s biggest musical export”, Darude has gone on to perform in front of audiences up to 100,000 people strong, sweeping across continents and rocking clubs the world over. From appearing at prestigious festivals and events such as Tomorrowland, LA Music Festival, Radio 1’s One Big Sunday, Groove Cruise, Weekend Festival Baltic and Future Music Festival, to headlining some of the world’s best clubs including Ministry of Sound, Exchange LA, Home and Government, and Rain. One of the proudest DJ highlights has to be his New Year’s Eve countdown set in Helsinki where Darude ushered in 2017 with a performance in front of 100,000 people as part of the celebrations of 100 years of Finnish independence.

2015 saw the completion of Darude’s fourth artist album ‘Moments’, a new and exciting chapter in his career that showcases a range of style and influences, featuring both song-led and club-focused records, including the emotive and trancey sounds he’s become so synonymous with. The ‘Moments’ era of Darude’s career began with the widely acclaimed first single from the album ‘Beautiful Alien’, followed by the release of the album itself through Warner Music.

In 2015, Darude also embarked on his ‘Moments’ tour, playing 10 dates across North America, culminating in a headline slot at the after-party for the inaugural TwitchCon gaming and tech in San Francisco, an event which also saw an appearance from Canadian producer/DJ deadmau5. Indeed, just a week before playing the show, Darude took part in one of deadmau5’s ‘Coffee Run’ videos, which saw the pair chatting on camera while driving in deadmau5’s Lamborghini supercar. The Canadian DJ noted Darude’s almost unmatched influence on the dance music scene in North America, stating that “you (Darude) and a very select few others are responsible for the influx of electronic music into North America…it was Sandstorm – I’m totally being serious…that’s what all the clubs were hitting on. That’s the first time (electronic music) became less ‘underground and cool’…there wasn’t anything before that”. Darude returned the following year to headline TwitchCon’s 2016 event alongside Dim Mak boss Steve Aoki. Then in 2017, he enthralled crowds at Tomorrowland, Dancefestopia, Ministry of Sound Australia. 2017 and continuing to tour across the musical landscape with some of his biggest ever tours across the US and beyond,

Reliving the ‘Moments’ of his 2015 release, Darude gave fans a special Extended Mix of his 4th artist album with several genre variations, alongside club and original mixes from some of the album’s most notable tracks to complete the package. 2016 also saw the official release of the studio album’s title track ’Moments’. A stadium setting record, with Sebastian Reyman on vocals, ‘Moments’ delivers an emotive tone with a heart-piercing melody, strong bassline punch and suitable but dramatic piano, which encapsulates the Finnish producer’s forward-facing style.

Adding to his stellar discography and remaining as fresh and exciting as ever with releases including ‘Singularity’ and a remix of Max Millian’s huge ‘You Are The One’, Darude continues to excite in 2018 unleashing one of his biggest tracks in recent years ‘Surrender’ with Ashley Wallbridge on Gareth Emery’s Garuda imprint. Premiered on Armin van Buuren’s ASOT and holding 2 weeks at #1 in the Beatport Trance charts, ‘Surrender’ marked a momentous start to 2018 for the multi-platinum star, and more recently Darude released ‘Timeless’ on Garuda, supporting the single with a tour across the US, New Zealand, Australia and beyond.

Darude was announced as Finland’s entry for Eurovision Song Contest 2019, the world’s biggest live music event uniting nearly 200 million people every May. Working with the frontman from The Giant Leap, Sebastian Rejman, Darude will feature at Eurovision with the nation selected song ‘Look Away’. The song chosen out of three possible options, with the other songs being ‘Release Me’ and ‘Superman’, will now carry Darude, and Sebastian, all the way to Tel Aviv in May.